On the day after Christmas, Lis and I went with one other person from our group and our guide for a whale watch with snorkeling in the middle.  For some reason, whale watches out of Boston never include this middle part.

We were looking for the humpback whales.  This area gets both northern and southern humpbacks, and I’m not sure which these were.  They’re the same species but not the same population we see in New England (though the joke is that whales do get a discount goingthrough the Panama canal).  The whales come here to give birth in the warm waters, but soon migrate back as there’s no food for them here.

We had quite a successful whale watch, seeing first a pod of 2 adults and a baby, and later a very active pod of 5 or 6 whales.  We also saw dolphins — which were too quick for me to catch in a photo — and a lot of birds.  And two sea turtles, a first for me.

Snorkeling was near Isla del Caño, 15 or so miles off the coast.  The snorkeling here was much nicer than the previous day’s, since the coral is much more abundant: silt runoff from storms — and particularly associated with the relatively recent construction of a new road along the coast — has
greatly affected the coral along the coast.

Today’s post has 2 pictures — the first a somewhat blurry shot of a Ridley’s turtle, and the second a member of the second pod of whales 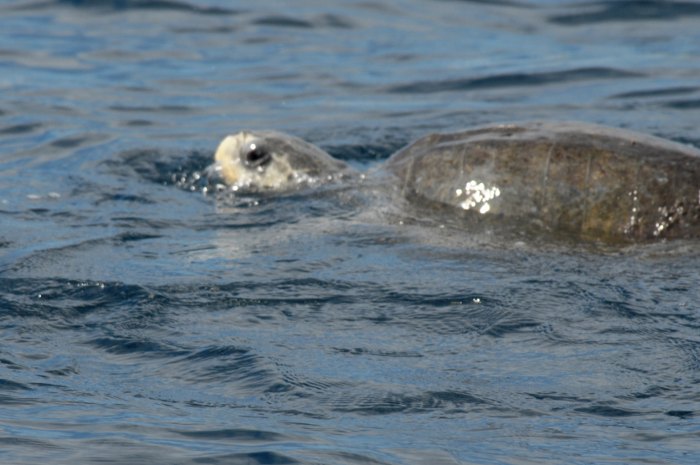 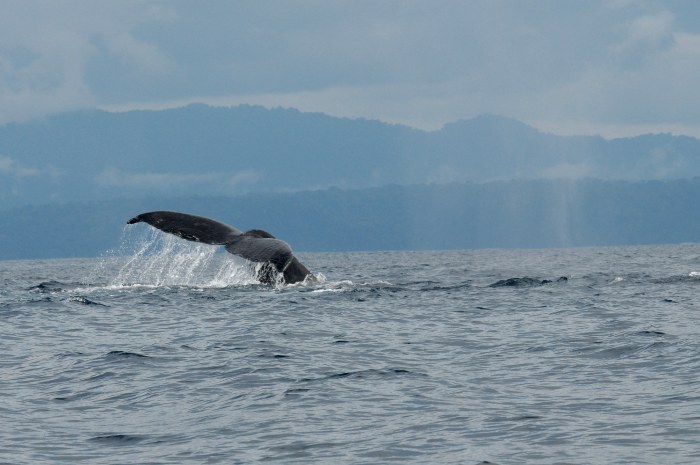