OK… we’re in a cooler, drier location now and the netbook is behaving itself.  I’ll be writing a few entries this morning to catch you up on what we’ve been seeing.

On Christmas Day, we went out for a snorkeling tour in the morning.  In the afternoon, Lis went for a massage while I went for a hike with one of the other tour members.

On the hike we encountered some storm damage from Tomas in October — trail washout, trees down across the trail, etc.  The entire country has this sort of damage from this storm.  They got just an enormous amount of rain and wind, even though the storm did not hit Costa Rica directly.  The landscape here is very steep volcanic soils, which are prone to landslide.  Many dirt roads we’re traveling are heavily potholed; many paved roads have washed out sections or bridges.  The US
Army Corps of Engineers donated a bunch of temporary bridges; without these, even some major roads would be impassable. The trail damage is probably the least of the region’s concerns, but fortunately for us eco-tourism is big business so at least some of the trails have been repaired.

On the hike we saw some cool things, including some enormous trees that are reported to be 500 years old, and an agouti.  I didn’t have an appropriate lens with me to capture either of these, and
neither Lis nor I thought to bring an underwater camera for fish, so the picture for today’s photo is some terns on a floating banana tree we encountered on the boat ride back from snorkeling. 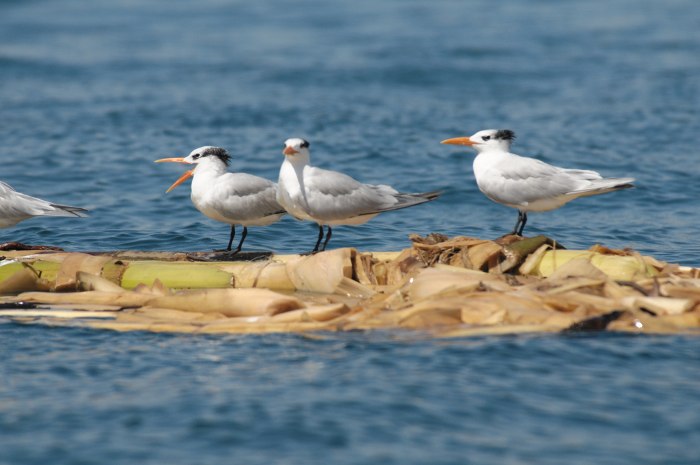