As Lis wrote yesterday, on Monday we transferred to our next lodge.  Our current lodge is larger and less luxurious than La Cusinga, near an area that was becoming over-developed and on  its way to being the next Cancun before the Great Recession put a stop to it.  But the food is fine, our room has air conditioning, and drinks are included.  The morning was devoted to driving, but in the afternoon we took a boat tour of the nearby crocodile-infested river.

The Crocodile River suffered severe erosion during the recent floods.  Several homes and businesses were washed into the river, as it shifted its banks up to 50 feet or so.  Our guide is hopeful that this will serve as a wake-up call for local residents to restore vegetation along the banks which would have prevented this level of damage.

The river is also quite polluted with runoff, sewage, and trash from the big city (San Jose). It’s unfortunate that there’s not a lot the government here can do to prevent it; but as I’ve described they have other infrastructure needs to attend to. It doesn’t seem to bother the alligators, but we’re told levels of other animals are down.

Today’s picture is of a young crocodile, representing hope for the new generation. 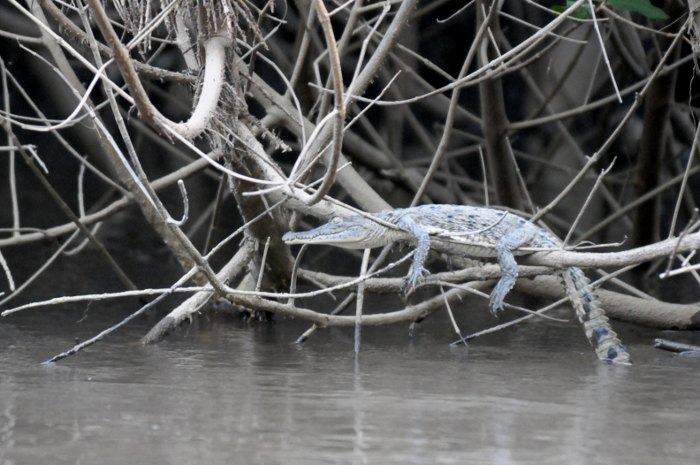 One thought on “December 27”