After this morning’s quetzal (pronounced ketz-AHL) hike, we went back out after breakfast to hike to some nearby falls. The group wound up split into two: the slow-walking Birders, and the faster moving Walkers. Doug and I were among the Walkers, who actually made it to the falls, unlike the Birders. The thing I noticed as we hiked along is that every single surface is covered in green–low growing groundcovers, tall trees, but very few shrubs. 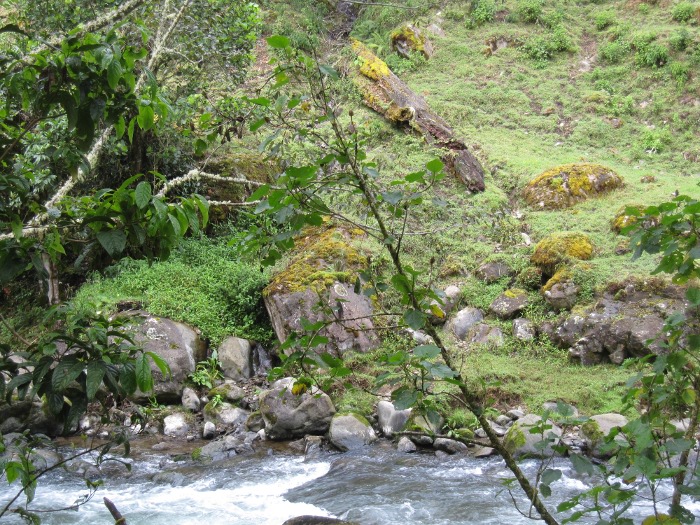 This afternoon, after lunch, we were driven up to the top of a hill in ATVs to take a 3 hour hike down. On the way, it started to pour. Buckets. Another woman and I decided this didn’t look like fun and came back down, and were soaked through anyway. I spread my stuff around to dry and took a hot shower; Doug appeared only 1 1/2 hours later, saying they hadn’t stopped at all, just trudged on down. I’m glad I missed it. Hopefully there are not too many more rains like that.